W.H.. New is University Killam Professor at the University of British Columbia. He was the editor of Canadian Literature from 1977 to 1994, and has written and edited over thirty books. He was elected a member of the Royal Society of Canada in 1986. 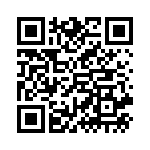