Página 36
The record shows tion of this decree , that the court , with that this $ 4 , 000 salary
was entered in the the consent of both parties if possible , books of the
corporation and that appellee amplify the original decree to provide personally
reported ...
Página 526
Appellant then brought this suit in the Barnstable County , Massachusetts ,
Superior Court alleging that appellee had " publicly , falsely , and maliciously ”
defamed him " willfully and knowingly , and not in the performance or furtherance
of any ...
Página 600
10 % reason of loss by fire of a yacht owned by him and insured by appellee . On
the date of the adjudication of bankruptcy , appellee had not paid the claim of $ 5
, 100 to bankrupt . On June 22 , 1961 , after appellee had paid into court the ... 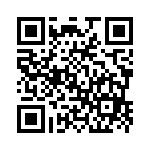