Another mother: co-parenting with the foster care system

In the 19th century, Charles Loring Brace pioneered foster care with the belief that children (mostly born of immigrant parents) should be raised in families rather than in institutions. Today, the ... Ler resenha completa

Sarah Gerstenzang is an Assistant Project Director of the Adoption Exchange Association, an organization dedicated to finding adoptive families for the 119,000 children who wait in foster care. She was formerly a Senior Policy Analyst at Children's Rights and holds a Masters in Social Work from Columbia University. She and her husband live with their three children in Brooklyn, New York. 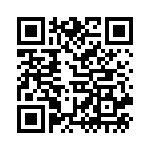