Jeffrey Miller is a columnist for The Lawyers Weekly, has post-graduate degrees in English and law, and diligently avoids practising as a barrister. 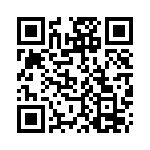