Fool the world: the oral history of a band called Pixies

This oral history of a band that was more famous in death than in life richly details the PixiesĂƒÂŻĂ‚ÂżĂ‚Â˝ rise from Boston-club-scene unknowns to influential cult darlings. However, its delivery is ... Ler crítica na íntegra

Josh Frank is a pop culture dramatist. A director, producer, and writer of plays and books, he currently has a number of projects in development. He is twenty-nine years old and lives between Austin, Texas and New York City.

Caryn Ganz is an associate editor at Spin magazine. Her writing has also appeared in the New York Post, Entertainment Weekly, Seattle Weekly, and Mixte. She lives in Manhattan. 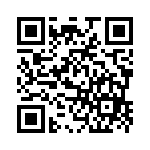