David Harris is the Harvey S. Mudd Professor of Engineering Design at Harvey Mudd College. He received his Ph.D. in electrical engineering from Stanford University and his M.Eng. in electrical engineering and computer science from MIT. Before attending Stanford, he worked at Intel as a logic and circuit designer on the Itanium and Pentium II processors. Since then, he has consulted at Sun Microsystems, Hewlett-Packard, Broadcom, and other design companies. David holds more than a dozen patents and is the author of three other textbooks on chip design, as well as many Southern California hiking guidebooks. When he is not working, he enjoys hiking, flying, and making things with his three sons. 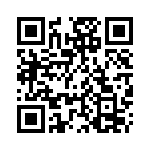