Laura Brown is John Wendell Anderson Professor and Chair of the English Department at Cornell University. She is author, most recently, of Ends of Empire: Women and Ideology in Early Eighteenth-Century English Literature, also from Cornell. 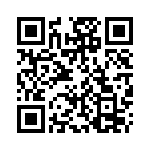