Seite 26
... the citizens about the working of government: "The printing presses shall be
free to every person who undertakes to examine the proceedings of the
legislature, or any part of government."11 The nine states (plus Vermont) that
adopted press ...

The fourth estate and the Constitution: freedom of the press in America

Seite 235 - ... the ultimate good desired is better reached by free trade in ideas, — that the best test of truth is the power of the thought to get itself accepted in the competition of the market ; and that truth is the only ground upon which their wishes safely can be carried out.
Wird in 1193 Büchern von 1798 bis 2008 erwähnt
Seite 168 - A popular government without popular information or the means of acquiring it is but a prologue to a farce or a tragedy, or, perhaps, both. Knowledge will forever govern ignorance; and a people who mean to be their own governors must arm themselves with the power which knowledge gives.
Wird in 1183 Büchern von 1798 bis 2008 erwähnt
Mehr
Seite 69 - The question in every case is whether the words used are used in such circumstances and are of such a nature as to create a clear and present danger that they will bring about the substantive evils that Congress has a right to prevent.
Wird in 917 Büchern von 1878 bis 2008 erwähnt
Seite 209 - Amendment rests on the assumption that the widest possible dissemination of information from diverse and antagonistic sources is essential to the welfare of the public, that a free press is a condition of a free society. Surely a command that the Government itself shall not impede the free flow of ideas does not afford nongovernmental combinations a refuge if they impose restraints upon that constitutionally guaranteed freedom. Freedom to publish means freedom for all and not for some. Freedom to...
Wird in 169 Büchern von 1927 bis 2007 erwähnt
Seite 103 - The greater the importance of safeguarding the community from incitements to the overthrow of our institutions by force and violence, the more imperative is the need to preserve inviolate the constitutional rights of free speech, free press and free assembly in order to maintain the opportunity for free political discussion, to the end that government may be responsive to the will of the people and that changes, if desired, may be obtained by peaceful means. Therein lies the security of the Republic,...
Wird in 406 Büchern von 1798 bis 2008 erwähnt
Seite 4 - The liberty of the press is indeed essential to the nature of a free state ; but this consists in laying no previous restraints upon publications, and not in freedom from censure for criminal matter, when published. Every freeman has an undoubted right to lay what sentiments he pleases before the public ; to forbid this is to destroy the freedom of the press ; but if he publishes what is improper, mischievous, or illegal, he must take the consequence of his own temerity.
Wird in 530 Büchern von 1808 bis 2008 erwähnt
Seite 42 - That the people have a right to freedom of speech, and of writing and publishing their Sentiments ; that the freedom of the press is one of the greatest bulwarks of liberty and ought not to be violated.
Wird in 291 Büchern von 1762 bis 2008 erwähnt
Seite 88 - Thus we consider this case against the background of a profound national commitment to the principle that debate on public issues should be uninhibited, robust, and wide-open, and that it may well include vehement, caustic, and sometimes unpleasantly sharp attacks on government and public officials.
Wird in 638 Büchern von 1873 bis 2008 erwähnt
Seite 255 - It is not disputed that the Times has had unauthorized possession of the documents for three to four months, during which it has had its expert analysts studying them, presumably digesting them and preparing the material for publication. During all of this time, the Times, presumably in its capacity as trustee of the public's "right to know," has held up publication for purposes it considered proper and thus public knowledge was delayed.
Wird in 37 Büchern von 1969 bis 2004 erwähnt
Weniger

Lucas A. Powe, Jr. is Anne Green Regents Chair in the School of Law and Professor of Government at the University of Texas. He is the author of five previous books, including The Warren Court and American Politics. 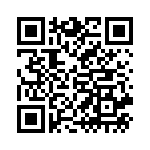