This was tough to review without spoilers, but I managed it :) Rollback by Robert J. Sawyer is, really, about family. The story couldn't be told without the science part of the fiction, and the search ... Ler resenha completa

I went through a Sawyer phase some time ago. I enjoyed his tales then but have changed my tastes quite a bit when it comes to sci-fi. His books are not hardcore on the science, though he certainly ... Ler resenha completa 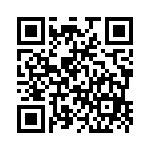