Página 486
Affirmed In application for a patent for an alBy reason of illness , GARRETT ,
Presid - leged invention relating to improvements ing Judge , was not present at
the argument in metal ingots , claim that the variation in of this case and did not ...
Página 521
On certiorari to the Supreme Court , that Court affirmed the finding of a conspiracy
Appeal from the District Court of the but reversed us on the question of
damagUnited States for the Northern District of es , holding that the plaintiffs had
...
Página 716
... of St . Louis , Mo . , jury to find for the defendant in the light of for appellant . the
Kentucky authorities applied to the facts Canada , Russell & Turner , of Memphis ,
in evidence , the judgment of the district Tenn . , for appellee . court is affirmed . 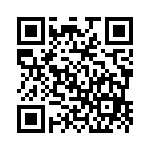