Dr. Frank Golden spent 30 years as a medical officer in the British Royal Navy, retiring in 1993 with the rank of Rear Admiral. During his naval career he directed the Navy's survival medical research department and was the consultant advisor to the Royal Navy in applied physiology. He also advised other government departments and interested bodies, including the UN International Maritime Organization (IMO), the branch of the United Nations responsible for internationally agreed maritime legislation and regulation, on matters relating to the medical aspects of survival. He gained firsthand experience by conducting both laboratory and open-water evaluation tests. These included spending a week adrift in a life raft on the open sea, living only on survival rations.

Golden received his MD in 1960 from the National University of Ireland in Cork and his PhD in 1979 from the University of Leeds, where he studied the physiological changes in immersion hypothermia with special reference to factors that may be responsible for death in the early rewarming phase. He has received numerous awards, including the Order of the British Empire, presented by Her Majesty Queen Elizabeth II, for his services to survival at sea; a Gilbert Blane Medal from the Royal College of Surgeons for his research in post immersion death; an honorary fellowship at the Nautical Institute in London; and a Stewart Memorial Prize from the Royal Aeronautical Society for rescue of immersion victims.

Golden is currently a consultant advisor in human and applied physiology at the University of Portsmouth. He is also chairman of the Medical & Survival Committee of the Royal National Lifeboat Institution. He was a member of both the Royal Navy Lifesaving Committee and the Royal Navy Personal Research (Survival at Sea) Committee, and he is a freelance advisor to a number of organizations on matters pertaining to survival at sea. In his free time Dr. Golden enjoys playing golf, sailing, and fishing. He lives in Gosport, England, with his wife, Jenny.

Professor Michael Tipton has spent more than 17 years researching and advising in survival at sea and thermoregulation in heat and cold environments; and he has published more than 150 scientific papers, reports, and book chapters in these areas. In addition to his various university positions, Professor Tipton has been based at the Institute of Naval Medicine (INM) since 1983 and has been consultant head of the INM's environmental medicine unit since 1996. He is currently a professor of human and applied physiology at the University of Portsmouth.

In 1986 Tipton received his PhD, with a focus on human adaptiation to cold, from the University of London. From 1995 to 2001 he was a member of the Defence Scientific Advisory Council. In 1998 he received the U.S. Aerospace Medical Association's Joseph L. Haley Award for the best published paper in rotary wing aviation. Like Golden, Tipton has interviewed shipwreck survivors and conducted experiments to identify the precise physiological mechanisms that cause the adverse reactions sea survivors encounter, then used this information to formulate solutions. He has researched and developed new survival equipment, such as helicopter passenger underwater escape aids.

Tipton is a member of several national and international committees and edits the international scientific journals Ergonomics and International Journal of Biometeorology. He provides advice to a range of universities; government departments; industries; and medical, search and rescue, and media organizations. Professor Tipton spends his leisure time playing rugby, swimming, and practicing photography. He and his wife, Carole, live in Gosport, England. 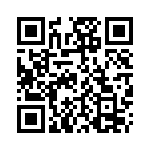