Página 65
A dream he jots down shows the depth of his worry and affection , even after his
hopes are met . “ 21 Jan 6 77 at night after I was gone to bed , at my first sleep , I
had a terrible dream concerning my son John , that he was fallen to the study of ...
Página 144
... mother becomes available again . In that process the minister shows the way .
A multiplicity of roles , not a strict masculine self - image , denotes the successful
preacher , within his one calling . As Hooker said , he could not be a magistrate .
Página 255
But his last major treatise , Original Sin , published posthumously in 1758 , shows
a more petty , niggling Edwards , not only in its defective logic but more obviously
in its inability to stop worrying about refuting John Taylor's book on sin ... 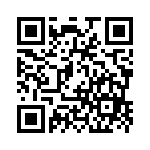