ROLLIN J. WATSON has held a number of teaching and administrative posts in higher education and served as president of two colleges. In 1999, after eleven years as president of Somerset Community College in Kentucky, he retired to teach and write fulltime.

ROBERT S. WATSON is a retired school superintendent and F.B.I. agent. He has co-written Containing Crisis, which grew out of the 1988 school shooting in Greenwood, S.C., where he was then superintendent of schools. 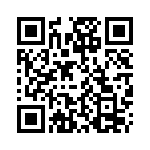