Seite 118 - The question in every case is whether the words used are used in such circumstances and are of such a nature as to create a clear and present danger that they will bring about the substantive evils that Congress has a right to prevent.
Wird in 966 Büchern von 1878 bis 2008 erwähnt
Seite 18 - ... so far inferior, that they had no rights which the white man was bound to respect; and that the negro might justly and lawfully be reduced to slavery for his benefit.
Wird in 838 Büchern von 1845 bis 2008 erwähnt
Mehr
Seite 102 - But in view of the Constitution, in the eye of the law, there is in this country no superior, dominant, ruling class of citizens. There is no caste here. Our Constitution is color-blind, and neither knows nor tolerates classes among citizens.
Wird in 543 Büchern von 1883 bis 2008 erwähnt
Seite 59 - If, therefore, a statute purporting to have been enacted to protect the public health, the public morals, or the public safety has no roal or substantial relation to those objects, or is a palpable invasion of rights secured by the fundamental law, it is the duty of the courts to so adjudge, and thereby give effect to the constitution.
Wird in 362 Büchern von 1852 bis 2006 erwähnt
Seite 69 - This case is decided upon an economic theory which a large part of the country does not entertain. If it were a question whether I agreed with that theory, I should desire to study it further and long before making up my mind. But I do not conceive that to be my duty, because I strongly believe that...
Wird in 283 Büchern von 1905 bis 2007 erwähnt
Seite 64 - Without doubt, it denotes not merely freedom from bodily restraint but also the right of the individual to contract, to engage in any of the common occupations of life, to acquire useful knowledge, to marry, establish a home and bring up children, to worship God according to the dictates of his own conscience, and generally to enjoy those privileges long recognized at common law as essential to the orderly pursuit of happiness by free men.
Wird in 478 Büchern von 1798 bis 2008 erwähnt
Seite 107 - Nor need we enquire whether similar considerations enter into the review of statutes directed at particular religious ... or national ... or racial minorities . . . whether prejudice against discrete and insular minorities may be a special condition, which tends seriously to curtail the operation of those political processes ordinarily to be relied upon to protect minorities, and which may call for a correspondingly more searching judicial inquiry.
Wird in 422 Büchern von 1890 bis 2008 erwähnt
Seite 58 - The theory of our governments, State and national, is opposed to the deposit of unlimited power anywhere. The executive, the legislative, and the judicial branches of these governments are all of limited and defined powers. There are limitations on such power which grow out of the essential nature of all free governments. Implied reservations of individual rights, without which the social compact could not exist, and which are respected by all governments entitled to the name.
Wird in 212 Büchern von 1870 bis 2006 erwähnt
Seite 153 - The Constitution does not explicitly mention any right of privacy. In a line of decisions, however, going back perhaps as far as Union Pacific R. Co. v. Botsford, the Court has recognized that a right of personal privacy, or a guarantee of certain areas or zones of privacy, does exist under the Constitution. In varying contexts the Court or individual Justices have indeed found at least the roots of that right in the First Amendment...
Wird in 110 Büchern von 1883 bis 2007 erwähnt
Seite 103 - The destinies of the two races, in this country, are indissolubly linked together, and the interests of both require ^ that the common government of all shall not permit the seeds of race hate to be planted under the sanction of law.
Wird in 147 Büchern von 1870 bis 2007 erwähnt
Weniger 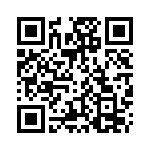