Nel Noddings is Lee L. Jacks Professor of Education, Emerita, at Stanford University. She is author of 12 books; the latest two are Educating Moral People: A Caring Alternative to Character Education and Starting at Home: Caring and Social Policy, both published in 2002. Noddings spent 15 years as teacher, administrator, and curriculum developer in public schools; she served as Director of the Laboratory Schools at the University of Chicago. At Stanford, she received the Award for Teaching Excellence three times, most recently in 1997. She is member of the National Academy of Education, a Laureate member of Kappa Delta Pi, and she holds two honorary degrees in addition to a number of awards, among them the Anne Rowe Award for contributions to the education of women (Harvard University), the Willystine Goodsell Award (AERA), a Lifetime Achievement Award from AERA (Div. B), and the Excellence in Education Award (Pi Lambda Theta). 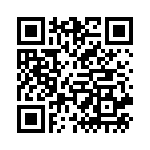