Born in 1903 in Czernowitz, Bukowina, Romania, Dagobert D. Runes obtained a doctorate in Philosophy from the University of Vienna and immigrated to New York City in 1926. He brought with him a strong bond to many of Europe’s most notable German-speaking scholars, including Albert Einstein.

By 1930, he published many diverse periodicals. These included Modern Psychologist, whose godfather was Alfred Adler, with whom Runes had a lifelong friendship. There followed Better English:A Monthly Guide for the Improvement of Speech and Writing (with contributions from Dale Carnegie, H.L. Menken, W.H. Auden and Emily Post); andThe Modern Thinker and Authors’ Review (with articles by Julian Huxley, Upton Sinclair, Bertrand Russell, Sigmund Freud, Leon Trotsky and Thomas Mann). His magazine, The New Current Digest, was purchased by Reader’s Digest; with that money, in 1941, he founded Philosophical Library, which published the work of brilliant European intellectuals and Nobel Prize winners with whom he had been friends. He authored the Dictionary of Philosophy, which became a treasured possession of every student of philosophy. Translated into numerous languages, it sold hundreds of thousands of copies. Philosophical Library was so respected that it had blanket orders from most libraries for every book that it published. War Medicine, Modern Methods of Amputation, and Rehabilitation of the War Injured, for instance, were bought by every military library and doctor’s office.

In the late 1940s, Runes introduced French Existentialism to the English-speaking world, and translated and published the works of, among others, Jean-Paul Sartre (including his seminal Being and Nothingness), Simone de Beauvoir, Andre Gide and Francois Mauriac. Throughout his life, Dagobert D. Runes was deeply concerned with human and civil rights, man’s inhumanity to man and, as he wrote in one of his poems, “the deep beauty of the human mind.” Until his death in 1982, directing Philosophical Library and Wisdom Library (his paperback house) and publishing his own as well as other thought- provoking philosophical works were his life’s work. 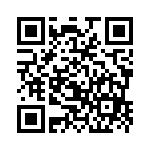