Página 228 - A brute arrives at a point of perfection that he can never pass : in a few years he has all the endowments he is capable of; and were he to live ten thousand more, would be the same thing he is at present.
Aparece em 216 livros de 1729-2007
Página 232 - Were my memory as faithful as my reason is then fruitful, I would never study but in my dreams; and this time also would I choose for my devotions: but our grosser memories have then so little hold of our abstracted understandings, that they forget the story, and can only relate to our awaked souls a confused and broken tale of that that hath passed.
Aparece em 169 livros de 1717-2008
Mais
Página 179 - Certainly great persons had need to borrow other men's opinions, to think themselves happy ; for if they judge by their own feeling, they cannot find it : but if they think with themselves, what other men think of them, and that other men would fain be as they are, then they are happy, as it were by report; when perhaps they find the contrary within.
Aparece em 128 livros de 1680-2008
Página 148 - ... earnest pursuit is like one that is wounded in hot blood, who for the time scarce feels the hurt' and therefore, a mind fixed and bent upon somewhat that is good, doth avert the dolours of death. But above all, believe it, the sweetest canticle is Nunc dimittis, when a man hath obtained worthy ends and expectations. Death hath this also, that it openeth the gate to good fame and extinguisheth envy.
Aparece em 242 livros de 1812-2008
Página 277 - I hated all my labour which I had taken under the sun ; because I should leave it unto the man that shall be after me. And who knoweth whether he shall be a wise man or a fool...
Aparece em 315 livros de 1805-2007
Página 277 - The wise man's eyes are in his head; but the fool walketh in darkness: and I myself perceived also that one event happeneth to them all.
Aparece em 301 livros de 1802-2008
Página 331 - Flors,' by Dr. Hooker, is like that of all the Botanical publications of the indefnigible author, excellent; and it assumes an appearance of finish and perfection to which neither the Botanical Magazine nor Register can externally lay claim."— London.
Aparece em 139 livros de 1819-2001
Página 324 - MEYRICK'S PAINTED ILLUSTRATIONS OF ANCIENT ARMS AND ARMOUR: A Critical Inquiry into Ancient Armour as it existed in Europe, but particularly in England, from the Norman Conquest to the Reign of Charles II.
Aparece em 279 livros de 1758-2006
Página 239 - I CANNOT call Riches better than the baggage of virtue. The Roman word is better, im-pedimenta. For as the baggage is to an army, so is riches to virtue. It cannot be spared nor left behind, but it hindereth the march; yea and the care of it sometimes loseth or disturbeth the victory.
Aparece em 275 livros de 1680-2008
Página 277 - We have already several times over lost a great part or perhaps the whole of our body, according to certain common established laws of nature ; yet we remain the same living agents : when we shall lose as great a part, or the whole, by another common established law of nature, death ; why may we not also remain the same?
Aparece em 69 livros de 1794-2006
Menos

Born in Arpinum on January 3, 106 B.C., Marcus Tullius Cicero was a Roman orator, writer, and politician. In Rome, Cicero studied law, oratory, philosophy, and literature, before embarking on a political career. Banished from Rome in 59 B.C. for the execution of some members of the Catiline group, Cicero devoted himself to literature. Cicero was pardoned by Julius Caesar in 47 B.C., and returned to Rome to deliver his famous speeches, known as the "Philippics," urging the senate to declare war on Marc Antony. Cicero's chief works, written between 46 and 44 B.C., can be classified in the categories of philosophical works, letters, and speeches. The letters, edited by his secretary Tiro, showcase a unique writing style and charm. The most popular work of the period was De Officiis, a manual of ethics, in which Cicero espoused fundamental Christian values half a century before Christ. Cicero was murdered in Formiae, Italy, on December 4, 43 B.C., by Antony's soldiers after the triumvirate of Antony, Lepidus, and Octavius was formed. 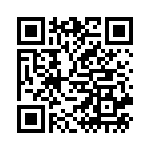