This is not a book that can be considered an easy read, nor one to sit and relax with. It's complex and twisting and needs your full attention. An intriguing read. Ler resenha completa

I'm a big Jackson fan but had previously only read her easier-to-find later works, so it's exciting to have gotten my hands finally on a couple of the recent Penguin reprints of her early novels ... Ler resenha completa

Shirley Jackson (1916–1965) received wide critical acclaim for her short story “The Lottery,” which was first published in the New Yorker in 1948. Her works available from Penguin Classics include We Have Always Lived in the Castle, The Haunting of Hill House, and Come Along with Me and Life Among the Savages available from Penguin.

Kevin Wilson is the bestselling author of The Family Fang and the recipient of a Shirley Jackson Award for his story collection Tunneling to the Center of the Earth. His writing has appeared in Tin House, One Story, and other publications. He lives in Sewanee, Florida. 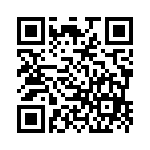