Stephen Graham is Professor of Human Geography at Durham University. Between 1992 and spring 2004 he was based at Newcastle University’s School of Architecture, Planning and Landscape. He is the author of Telecommunications and the City (with Simon Marvin, 1996) and Splintering Urbanism (with Simon Marvin, 2001) and editor of The Cybercities Reader (2003), among other publications. 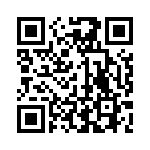