Elizabeth Hardwick was born on July 27, 1916, in Lexington, Kentucky. Hardwick earned her undergraduate and graduate degrees from the University of Kentucky, then she enrolled at Columbia University for additional study. Formerly an adjunct associate professor of English at Barnard College in New York, Hardwick has spent most of her adult life writing novels and essays. Hardwick's first novel, The Ghostly Lover, a story about a Kentucky family, was published in 1945. Since then, Hardwick has also written the novels The Simple Truth and Sleepless Nights. Her books of essays include A View of My Own, Sight-Readings: American Fiction, and Seduction and Betrayal: Women and Literature. Once nominated for the National Book Award, Seduction and Betrayal focuses on American writers, especially women writers, including Edith Wharton, Gertrude Stein, Katherine Anne Porter, among others. The founder and advisory editor of the New York Review of Books, Hardwick's works have appeared in periodicals such as The New Yorker, The London Times Literary Supplement, and Harper's. She died at the age of 91 on December 2, 2007. 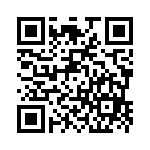