By turns beautiful and disturbing, Lou Reed has adapted the poems and stories of Edgar Allan Poe as a musical, presented here as a book of lyrical poetry and prose. The illustrations by Mattotti are ... Ler resenha completa

Lou Reed's (b. 1942) most recent releases include Romanticism, a collection of photographs, and Lou Reed's Berlin, the Julian Schnabel-filmed record of a multi-media performance of Reed's iconic 1973 album. The guitarist and principal songwriter for The Velvet Underground, he has enjoyed a long and successful solo career. His book of photographs, New York, was published in 2008.

Lorenzo Mattotti is a highly sought-after illustrator ( with frequent appearances in and on The New Yorker) and acclaimed graphic novelist. He lives in Paris, France; his work includes The Raven, a collaboration with Lou Reed re-imagining the works of Edgar Allan Poe. 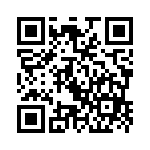