PŠgina vi - Whatsoever that be within us that feels, thinks, desires, and animates, is something celestial, divine, and, consequently, imperishable.
Aparece em 16 livros de 1877-2007

Elizabeth Levy was born and grew up in Buffalo, New York. She attended Brown University, majoring in history. After graduation, Levy went to New York City and worked as a researcher for Howard Cosell at ABC-TV and then for Senator Robert Kennedy. She has been writing for nearly thirty years and has written over 80 books. Levy has won the Georgia State Award, the Maryland State Award and was a Virginia State Award Nominee in 2001 for My Life as a Fifth Grade Comedian, she was on the ABA Pick of the Lists in 2000 for Seventh Grade Tango. Levy also appeared in the New York Public Library 100 Best Books of 1997, was an Arkansas State Award, Runner Up in 1992, was Nominated for the Florida Sunshine State Award, the New Mexico, Land of Enchantment Award, and the Nevada Award, for Keep Ms. Sugarman in the Fourth Grade. She earned a New York Times Outstanding Book of the Year in 1977 for Struggle and Lose, Struggle and Win: The United Mineworkers Story and an Outstanding Science book for Children from the National Science Teachers Association, for Before You Were Three in 1977. 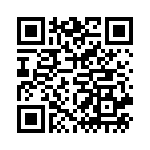