We Should All Read This

If every American read this book they would have a much better understanding of our Constitution. Vollständige Rezension lesen

James Madison is frequently referred to as "the father of the Constitution" because of the important role that he played in the drafting of the US Constitution during the Constitutional Convention in Philadelphia during the summer of 1787. He also played a key role in drafting the Bill of Rights in the First Federal Congress in 1789. He later served as secretary of state under Thomas Jefferson, and succeeded Jefferson as president, serving two terms in that office and overseeing the United States victory over Great Britain in the War of 1812. He was the last Founding Father to die, in 1836, in Montpelier, Virginia.

Alexander Hamilton was born in the British West Indian island of Nevis sometime between 1755 and 1757. During the American War of Independence, he was captain of a New York artillery company and soon thereafter was promoted to Lieutenant Colonel, serving as George Washington's secretary and aide-de-camp. He was a delegate to the Constitutional Convention of 1787 from New York, Following that Convention, he organized the writing of The Federalist essays, enlisting John Jay and James Madison in the effort. From 1789 to 1795 he served as America's first secretary of the Treasury. A growing animosity between Hamilton and his longtime New York political rival Aaron Burr culminated in a duel between the two men in 1804. Hamilton was fatally shot and died the day after their encounter

John Jay was a consistent voice for reconciliation with Great Britain in the Continental Congress. While he did not sign the Declaration of Independence, he later worked to secure support for independence in his home state of New York. He was an influential member of the peace delegation that negotiated the treaty of peace with Great Britain ending the Revolutionary War. Recruited by Alexander Hamilton to write essays for The Federalist , his effort was hampered by illness. He later served as the first chief justice of the Supreme Court. He retired from the Supreme Court in 1795 and served as governor of New York for six years before retiring to a farm for the last twenty-seven years of his life.

Richard Beeman, the John Welsh Centennial Professor of History Emeritus at the University of Pennsylvania, has previously served as the Chair of the Department of History, Associate Dean in Penn's School of Arts and Sciences, and Dean of the College of Arts of Sciences. He serves as a trustee of the National Constitution Center and on the center's executive committee. Author of seven previous books, among them The Penguin Guide to the United States Constitution  and Plain Honest Men: The Making of the American Constitution , Professor Beeman has received numerous grants and awards including fellowships from the National Endowment for the Humanities, the Rockefeller Foundation, the Institute for Advanced Study at Princeton, and the Huntington Library. His biography of Patrick Henry was a finalist for the National Book Award. 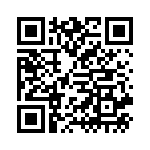