Seite 101 - Resolved, that the several States composing the United States of America, are not united on the principle of unlimited submission to their general government; but that by compact under the style and title of a Constitution for the United States...
Wird in 471 Büchern von 1795 bis 2008 erwähnt
Seite 25 - All neutral or allied Powers shall, without delay, be notified that the flag of the French republic will treat neutral vessels, either as to confiscation, as to searches, or capture, in the same manner as they shall suffer the English to treat them.1 Under this decree widespread and indiscriminate depredations were committed on the commerce of the United States.
Wird in 92 Büchern von 1797 bis 2006 erwähnt
Mehr
Seite 102 - According to these bases, you were right to assert that whatever plenipotentiary the Government of the United States might send to France to put an end to the existing differences between the two countries would be undoubtedly received with the respect due to the representative of a free, independent, and powerful nation.
Wird in 63 Büchern von 1826 bis 2000 erwähnt
Seite 45 - Containing Some Strictures upon a Pamphlet Entitled "The Pretensions of Thomas Jefferson to the Presidency Examined, and the Charges against John Adams Refuted...
Wird in 81 Büchern von 1693 bis 2006 erwähnt
Seite 62 - It is impossible to conceal from ourselves or the world what has been before observed, that endeavors have been employed to foster and establish a division between the Government and people of the United States. To investigate the causes which have encouraged this attempt is not necessary; but to repel, by decided and united councils, insinuations so derogatory to the honor and aggressions...
Wird in 45 Büchern von 1801 bis 2000 erwähnt
Seite 130 - I am in the power of the party, they shall find, that I am no more so than the Constitution forces upon me. If combinations of Senators, GENERALS, and heads of departments shall be formed, such as I cannot resist, and measures are demanded of me that I cannot adopt, my remedy '
Wird in 18 Büchern von 1857 bis 2004 erwähnt
Seite 217 - The Attila of the age dethroned, the ruthless destroyer of ten millions of the human race, whose thirst for blood appeared unquenchable, the great oppressor of the rights and liberties of the world...
Wird in 34 Büchern von 1829 bis 2006 erwähnt
Seite 218 - But Bonaparte was a lion in the field only. In civil life, a cold-blooded, calculating, unprincipled usurper, without a virtue: no statesman, knowing nothing of commerce, political economy, or civil government, and supplying ignorance by bold presumption. I had supposed him a great man until his entrance into the Assembly des cinq cens, eighteen Brumaire (an. 8.). From that date, however, I set him down as a great scoundrel only.
Wird in 35 Büchern von 1829 bis 2006 erwähnt
Seite 141 - Perhaps no man in this community has equal cause with myself to deplore the loss. I have been much indebted to the kindness of the General, and he was an aegis very essential to me. But regrets are unavailing. For great misfortunes it is the business of reason to seek consolation. The friends of General Washington have very noble ones. If virtue can secure happiness in another world, he is happy. In this the seal is now put upon his glory.
Wird in 36 Büchern von 1850 bis 2007 erwähnt
Seite 32 - A bolder party-stroke was never struck. For it certainly is an attempt of a party, who find they have lost their majority in one branch of the Legislature, to make a law by the aid of the other branch and of the executive, under color of a treaty, which shall bind up the hands of the adverse branch from ever restraining the commerce of their patron-nation.
Wird in 42 Büchern von 1829 bis 2006 erwähnt
Weniger

MATTHEW Q. DAWSON is currently assigned at Fort Sill, Oklahoma./e After teaching at the United States Military Academy, he attended the Army's Command and General Staff College in Kansas. 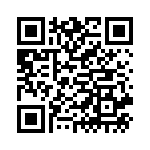