Theodore L. Brown received his Ph.D. from Michigan State University in 1956. Since then, he has been a member of the faculty of the University of Illinois, Urbana-Champaign, where he is now Professor of Chemistry, Emeritus. He served as Vice Chancellor for Research, and Dean, The Graduate College, from 1980 to 1986, and as Founding Director of the Arnold and Mabel Beckman Institute for Advanced Science and Technology from 1987 to 1993. Professor Brown has been an Alfred P. Sloan Foundation Research Fellow and has been awarded a Guggenheim Fellowship. In 1972 he was awarded the American Chemical Society Award for research in Inorganic Chemistry, and received the American Chemical Society Award for Distinguished Service in the advancement of Inorganic Chemistry in 1993. He has been elected a Fellow of both the American Association for the Advancement of Science and the American Academy of Arts and Sciences.

Bruce E. Bursten received his Ph.D. in Chemistry from the University of Wisconsin in 1978. After two years as a National Science Foundation Postdoctoral Fellow at Texas A&M University, he joined the faculty of The Ohio State University, where he is currently Distinguished University Professor. Professor Bursten has been a Camille and Henry Dreyfus Foundation Teacher-Scholar and an Alfred P Sloan Foundation Research Fellow. At Ohio State he has received the University Distinguished Teaching Award in 1982 and 1996, the Arts and Sciences Student Council Outstanding Teaching Award in 1984, and the University Distinguished Scholar Award in 1990. In addition to his teaching activities, Professor Bursten's research program focuses on compounds of the transition-metal and actinide elements. His research is currently supported by grants from the National Science Foundation and the Department of Energy.

Julia R. Burdge received her B.A. (1987) and M.S. (1990) degrees in Chemistry from the University of South Florida (Tampa), and her Ph.D. in Chemistry from the University of Idaho (Moscow) in 1994. She then joined the faculty of the University of Akron, where she directed the general chemistry program from 1994 to 2001. Professor Burdge implemented the use of new educational technologies and put significant resources in place to enhance the general chemistry curriculum, including a state-of-the-art computer laboratory for use by general chemistry students. She is a well-liked teacher, known for her ability to explain the principles of chemistry in ways that students can understand and appreciate. Professor Burdge recently accepted a position at Florida Atlantic University's new Honors College in Jupiter, Florida, where, in addition to teaching, she will pursue environmental research with undergraduates. 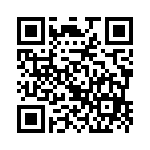