Based on thirty years of research, Cosmos and Psyche is the first book by a widely respected scholar to demonstrate the existence of a direct connection between planetary movements and the archetypal patterns of human experience. Vollständige Rezension lesen

Richard Tarnas is a Harvard-educated historian and professor of philosophy and psychology, and the author of The Passion of the Western Mind. He is the founding director of the Philosophy, Cosmology, and Consciousness graduate studies program at the California Institute of Integral Studies, and also teaches on the faculty of Pacifica Graduate Institute. 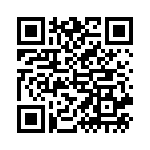