Wilella Sibert Cather was born in Back Creek Valley (Gore), Virginia, in December 7, 1873.She grew up in Virginia and Nebraska. She then attended the University of Nebraska, initially planning to become a physician, but after writing an article for the Nebraska State Journal, she became a regular contributor to this journal. Because of this, she changed her major and graduated with a bachelor's degree in English.After graduation in 1894, she worked in Pittsburgh as writer for various publications and as a school teacher for approximately 13 years, thereafter moving to New York City for the remainder of her life.Her novels on frontier life brought her to national recognition. In 1923 she was awarded the Pulitzer Prize for her novel, 'One of Ours' (1922), set during World War I. She travelled widely and often spent summers in New Brunswick, Canada. In later life, she experienced much negative criticism for her conservative politics and became reclusive, burning some of her letters and personal papers, including her last manuscript.She was elected a Fellow of the American Academy of Arts and Sciences in 1943. In 1944, Cather received the gold medal for fiction from the National Institute of Arts and Letters, an award given once a decade for an author's total accomplishments. 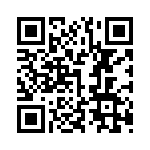