Peter M. Sacks is an associate professor in the Writing Seminars and the Department of English at the Johns Hopkins University. He is also the author of In These Mountains, a book of poetry. 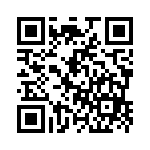