Página 40
Professor C. P. Groves, former Professor of Missions in the Selly Oak Colleges in
Birmingham, writes : A certain Namphamo, claimed as the first martyr, also came
from Numidia, the name in this case being Punic. As from this point the story of ...
Página 70
Professor C. P. Groves remarks that the Arab leader, Musa-ibn-Nusair, "
apparently taken by surprise at the speed of events, hastened across with an
army the following year and completed the conquest, thus associating Arab arms
with the ...
Página 106
The monarch replied, saying he must take counsel with his ancestors who were
in the other world." 3 1 Lady Flora L. S. Lugard, A Tropical Dependency, p. 173.
See also C. P. Groves, op. cit., p. 98. 1 Felix Dubois, Timbuctoo the Mysterious, p. 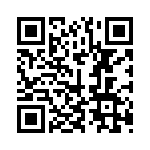