What a disappointment. This was just awful. Two boring people cross paths after many years at a school awards ceremony. This stinks of fish. If you start this you will know what I mean but you should waste your time some other way. Ler resenha completa

Possibly helpful geographical note: The setting of this novel maps seamlessly on Berwick-on-Tweed, the northernmost town in England. (Which is to say Finsterness is Berwick, and Ornemouth is Tweedmouth.) Never been there myself, I'm just a compulsive user of Google Maps. Ler resenha completa

Margaret Drabble was born on June 5, 1939 in Sheffield, England. She attended The Mount School in York and Newnham College, Cambridge University. After graduation, she joined the Royal Shakespeare Company at Stratford during which time she understudied for Vanessa Redgrave. She is a novelist, critic, and the editor of the fifth edition of The Oxford Companion to English Literature. Her works include A Summer Bird Cage; The Millstone, which won the John Llewelyn Rhys Prize in 1966; Jerusalem the Golden, which won James Tait Black Prize in 1967; and The Witch of Exmoor. She also received the E. M. Forster award and was awarded a Society of Authors Travelling Fellowship in the 1960s and the Commander of the Order of the British Empire in 1980. 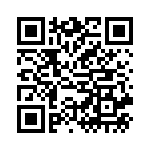