Claude Cohen-Tannoudji, born in Constantine (Algeria) in 1933, studied at the École Normale Supérieure in Paris, where he received a postdoctoral lecture qualification in 1962. In 1973 he was accepted at the Collčge de France, and in 1981 became a member of the Academy of Sciences. In 1997, Claude Cohen-Tannoudji was awarded the Nobel Prize in Physics for his research on laser cooling of neutral atoms (together with Steven Chu and William D. Phillips). The method is relevant for the development of precise atomic clocks, which are used for positioning and navigation. His is currently affiliated to the Laboratoire de Physique at the École Normale Supérieure.
His textbook on quantum mechanics, written together with Bernard Diu und Franck Laloë, is one of the best-known timeless standard references in this field and is recommended on a regular basis by lecturers of undergraduate courses. 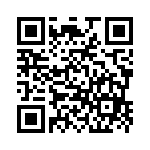