Michael Freeden is Emeritus Professor of Politics at the University of Oxford and Professorial Research Associate, SOAS, University of London. His main interests are the nature of political thinking, the analysis of ideologies, and the study of liberal thought from the 19th century onwards. His books include Ideologies and Political Theory: A Conceptual Approach (1996), Liberal Languages (2005), The Political Theory of Political Thinking: The Anatomy of a Practice (2013) and Liberalism: A Very Short Introduction (2015). He is the founding editor of the Journal of Political Ideologies. 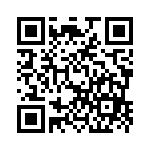