Meh. I'm sure this says something about me, but the most interesting poems in here were in the "Aberrations" section. Ler resenha completa

Jon Stallworthy was born on January 18, 1935 in London, England. He served as second lieutenant in the Nigeria Regiment of the West African Frontier Force in the mid-1950s. After completing his national service, he studied English literature at Magdalen College, Oxford University, where he won the Newdigate Prize for his poem The Earthly Paradise in 1958. His first collection of poetry, The Astronomy of Love, was published in 1961. His other collections of poetry include Root and Branch, Hand in Hand, A Familiar Tree, The Anzac Sonata, The Guest from the Future, Rounding the Horn: Collected Poems, Body Language, and War Poet. He received the Wilfred Owen Poetry Award in 2010 in recognition of his sustained body of work as a poet. He also wrote an autobiography entitled Singing School: The Making of a Poet. He wrote biographies about several poets including Wilfred Owen, Boris Pasternak, Alexander Blok, Herbert Read, and Geoffrey Dearmer. His biography of Louis MacNeice won the Southern Arts Literature Prize. He edited several collections of poetry including The Penguin Book of Love Poetry, The Oxford Book of War Poetry, and Complete Poems and Fragments. He also taught English literature at Cornell University and Wolfson College, Oxford University. He died on November 19, 2014 at the age of 79. 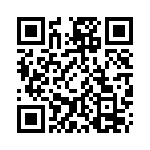