Pįgina 95 - Standing on the bare ground, — my head bathed by the blithe air, and uplifted into infinite space, — all mean egotism vanishes. I become a transparent eyeball; I am nothing; I see all; the currents of the Universal Being circulate through me ; I am part or parcel of God.
Aparece em 672 livros de 1835-2008
Pįgina 43 - Government, business, art, religion, all social institutions have a meaning, a purpose. That purpose is to set free and to develop the capacities of human individuals without respect to race, sex, class or economic status.
Aparece em 91 livros de 1900-2007
Mais
Pįgina 28 - Unless local communal life can be restored, the public cannot adequately resolve its most urgent problem : to find and identify itself. But if it be reestablished, it will manifest a fullness, variety and freedom of possession and enjoyment of meanings and goods unknown in the contiguous associations of the past. For it will be alive and flexible as well as stable, responsive to the complex and world-wide scene in which it is enmeshed.
Aparece em 30 livros de 1927-2007
Pįgina 24 - From the standpoint of the individual, it consists in having a responsible share according to capacity in forming and directing the activities of the groups to which one belongs and in participating according to need in the values which the groups sustain.
Aparece em 37 livros de 1928-2007
Pįgina 94 - Crossing a bare common in snow puddles at twilight under a clouded sky, without having in my thoughts any occurrence of special good fortune, I have enjoyed a perfect exhilaration. I am glad to the brink of fear.
Aparece em 327 livros de 1843-2008
Pįgina 203 - Men's conscious life of opinion and judgment often proceeds on a superficial and trivial plane. But their lives reach a deeper level. The function of art has always been to break through the crust of conventionalized and routine consciousness. Common things, a flower, a gleam of moonlight, the song of a bird, not things rare and remote, are means with which, the deeper levels of life are touched so that they spring up as desire and...
Aparece em 32 livros de 1927-2007
Pįgina 29 - Faith in the power of intelligence to imagine a future which is the projection of the desirable in the present, and to invent the instrumentalities of its realization is our salvation.
Aparece em 49 livros de 1916-2006
Pįgina 3 - Man," he writes in an eloquent passage, "finds himself living in an aleatory world; his existence involves, to put it baldly, a gamble. The world is a scene of risk; it is uncertain, unstable, uncannily unstable. Its dangers are irregular, inconstant, not to be counted upon as to their times and seasons...
Aparece em 31 livros de 1926-2006
Pįgina 28 - The problem of restoring integration and co-operation between man's beliefs about the world in which he lives and his beliefs about the values and purposes that should direct his conduct is the deepest problem of modern life.
Aparece em 84 livros de 1887-2007
Menos

John Ryder is Professor of Philosophy and the Director of International Programs, State University of New York. Recent publications include Interpreting America: Russian and Soviet Studies of the History of American Thought, The Philosophical Writings of Cadwallader Colden (co-edited with Scott Pratt), and The Blackwell Guide to American Philosophy (co-edited with Armen Marsoobian).
Krystyna Wilkoszewska is Professor of Philosophy and Aesthetics at Jagiellonian University, Kraców, Poland. She is the author and editor of several books on aesthetics, including Art as the Rhythm of Life. Reconstruction of John Dewey's Philosophy of Art, and numerous articles in contemporary pragmatist aesthetics. 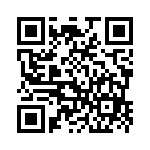