Taylor Anderson is a gunsmith, re-enactor, and history professor. He is the author of the Destroyermen Series which involves three U.S. ships and their fight against the Grik. The series includes the titles Into the Storm, Crusade, Maelstrom, Rising Tides, and Iron Gray Sea. His last title in this series, Deadly Shores, made The New York Times Best Seller List in 2014. 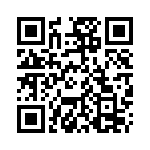