Sigmund Freud (1856-1939) was born in Moravia and lived in Vienna between the ages of four and eighty-two. In 1938 Hitler's invasion of Austria forced him to seek asylum in London, where he died the following year. Freud's career began with several years of brilliant work on the anatomy and physiology of the nervous system. He was almost thirty when, after a period of study under Charcot in Paris, his interests first turned to psychology, and another ten years of clinical work in Vienna (at first in collaboration with Breuer, an older colleague) saw the birth of his creation: psychoanalysis. This began simply as a method of treating neurotic patients by investigating their minds, but it quickly grew into an accumulation of knowledge about the workings of the mind in general, whether sick or healthy. Freud was thus able to demonstrate the normal development of the sexual instinct in childhood and, largely on the basis of an examination of dreams, arrived at his fundamental discovery of the unconscious forces that influence our everyday thoughts and actions. Freud's life was uneventful, but his ideas have shaped not only many specialist disciplines, but the whole intellectual climate of the last half-century.

Joyce Crick was for many years a senior lecturer in German at University College London. In 2000, she was awarded the Schlegel Tieck Prize for her translation of Freud's The Interpretation of Dreams for Oxford University Press.

John Carey is an emeritus professor of English at Oxford, a fellow of the British Academy, and chief book reviewer for the London Sunday Times. 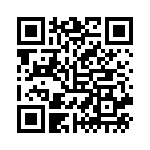