He is married to Carlene and they have four children and two grand children. They currently live in Marianna, which is a small town in Arkansas.

Ed studied graphic communications at the University of Wisconsin, Oshkosh. This is where he was introduced to watercolors. Ed says that one of his instructors told him that between oils, acrylics and watercolors that watercolor's was the toughest in his opinion. He said that because it is a transparent medium and unforgiving. If you make a mistake you can't just cover it up like with the other two. Ed saw that as a challenge and dived right in.

Ed admits that he didn't really take watercolors seriously until after he had left school. It was around 1985 when he bought some watercolor instruction books and just started practicing everyday. He has fallen in love with the media of watercolor and strives to master it.

Ed says, " I am constantly trying to see shapes better and in order to do that I must simplify. That's major for me because I have always been into details that's why M.C. Escher, Dean Mitchell and Norman Rockwell are on my list of most admired artists.

I took a lot of figure drawing in college and therefore include figures in many of my works. I try and let nature stand on it's on sometimes but I just love the figure so much that the painting often looks incomplete to me without someone human in there. I am getting better however. I find that I am in a constant state of learning, always the student.

My subject matter is whatever moves me, a group of people standing, a group of cows, flowers, children, buildings etc. I am looking for shapes, not a particular subject. I also put forth a strong effort to be varied in my color schemes so my palette changes from painting to painting.

I have been a shoe salesman, a firefighter, a security guard, a police man, a meat packer and currently a Pastor. I have never lost my love for the arts. I have always had the desire to pick up my pencils and sketch or my brushes and paint.

I set up a web site at www.edwadestudios.com so everyone can enjoy my work.

My inspiration is life itself, I look for those moments that would normally go un-noticed. I like to capture those moments in time and freeze them for everyone to see. Hopefully they help you to remember some of your own "Moments in time."

Edward has been a Pastor for four years. This is his first assignment as Pastor and in those four years he has learned a lot about shepherding a flock of God. Edward is first and foremost a teacher of the word, for he believes that without clear doctrine the church ceases to exist as an entity under God. Edward believes that his call is to preach the word in season and out of season.

Pastor Wade has a vision for the church that goes beyond the typical ministries that we see. Edward believes that Jesus really expects Christians to truly love and respect one another. The bible says that this is how the world sees Christ in the church, through the love the people show for each other. As love for one another grows in spirit, the love for those outside the church grows too. Therefore a committed community ministry will have a positive impact on the people the church serve.

Pastor Wade believes that the churches success is always in relation to how much the church depends on the power of the Holy Spirit working in the lives of each Christian, so he teaches the flock that "Walking in the spirit," at all times should be the churches primary goal.

Pastor Wade also believes that true Christians should not see color. Racism has been a major problem and countless people have died because of it. The church must be opposite of the world and show the world that people of all nationalities can live together in harmony.

Pastor Wade does not have a long list of visions for the church. Pastor Wade believes that the church should listen to and follow the lead of the Holy Spirit and go work wherever He is working.

Pastor Wade encourages everyone to examine their personal lives and commit themselves to Godly living. One of his favorite verses is Romans 12:2 and be not conformed to this world but be ye transformed by the renewing of you mind. 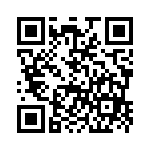