Duncan Steen was born in Bedford, United Kingdom in 1952. He was an antiquarian bookseller in London before becoming involved in the Buddhist community. In 1986, he was ordained as a Buddhist monk with the name Jinananda. He taught meditation and Buddhism at City Lit, the LSE, and the West London Buddhist Centre. He wrote several books including The Essential Englishman, The Middle Way, Meditation: The Buddhist Way, Karma and Rebirth - in a Nutshell, Meditating, and Warrior of Peace. He also translated Sophocles' Oedipus the King. He was also an audiobook narrator for several books including Marcus Aurelius's Meditations and Nietzsche's The Birth of Tragedy and On the Genealogy of Morals. He died of cancer in December 2017 at the age of 65. 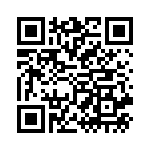