Página 164
It is seldom however represented by this single character , But sometimes by ou
as in bought , thought ; or by oa , as in groat , broad . This sound , if not the same ,
is near the confines , or the external edge , if I may so speak , of the broad a in ...
Página 177
It is somewhat surprising , that men of letters , and some of them even residing in
the Metropolis , should mistake the simple and genuine applications of this sound
. " The native sound of a , says Dr Bailey , is broad , deep , and long , as in all ...
Página 178
Therefore , if the broad a shows clear evidence of being the relatively highly
sonorant ( o ) , then it would not seem implausible to suggest that the long open a
, which is claimed to be one of its component parts , should be the pure sonorant
( a ) ... 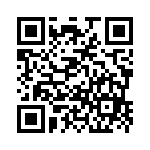