Página 56
They were older , and the strain of the war years they had spent in England had told on them . Times , too , had changed ; the cost of living had risen , money no longer had the same value , their income , largely from Miss Hebe's ...
Página 75
I had not the slightest doubt that , on arrival in Irkutsk , I would be told to catch the first train back to Moscow . I asked the Mongolians how long it would take me , as a foreigner , to obtain a Mongolian visa .
Página 253
one evening , his father rashly told him that if he liked to get up early he could , but he must retire with the rest of the family . John woke at one o'clock the following morning , got up , went downstairs , and had five glorious ... 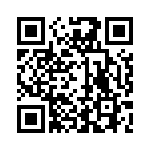