Página 171
Cite as 313 F.2d 170 ( 1963 ) Ralph G. Scheu and Jerome Berkson , tion ( less
than twelve creditors ) is false , Chicago , Ill . , for appellant . the petition will be
dismissed as a fraudNorman H. Nachman , Chicago , Ill . , ulent attempt to confer
...
Página 173
I do not think such ritualistic formality Here , the petitioning creditor made was
necessary . ... The uncontroverted facts show that the number of creditors on the
day the petition was filed was in fact in excess of 100 , computed in accordance
with ...
Página 596
From an expired at time of filing petition in bankorder of the United States District
Court ruptcy , and suit by trustee in bankruptcy for the Southern District of Florida ,
for a turnover order was not barred Emett C. Choate , J. , determining that it ... 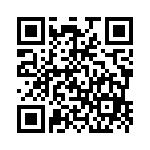