Bradley D. Jett is the James Hurley Professor of Biology at Oklahoma Baptist University (OBU) in Shawnee, Oklahoma, USA. He completed his B.S. degree in Biology from OBU, followed by his Ph.D. in Microbiology and Immunology from the University of Oklahoma College of Medicine. After a postdoctoral fellowship at Washington University in St. Louis, Missouri, he joined the faculty at the University of Oklahoma College of Medicine. His research interests are primarily focused on host-parasite relationships. Much of his published work relates to the virulence factors of Gram-positive bacteria such as Enterococcus, Staphylococcus and Bacillus, as well as the host immunological responses to these infections. In his current full-time, undergraduate teaching position at his alma mater, he has been awarded Oklahoma Baptist University’s Promising Teacher Award and the Distinguished Teaching Award. 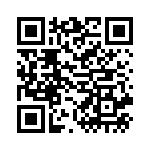