Adam B. Seligman is professor of religion at Boston University and Research Associate at the Institute on Culture, Religion and World Affairs there. He has published ten books on religion and society.nbsp;nbsp; 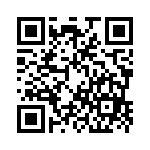