Seite 440
her own , blue , . cil true , * Simple as flow'rs , while yet unclass'd they house of the late Sir George Penridshone , dock ; it is not quite necessary that the • Ere Science called their brilliant world apartment should be so well ...
Seite 526
... and the the beauty and fertility of nature , and discovery of many important islands in were vicious or virtuous without know . the Great Ocean , absurdly called the ledge of either vice or virtue ; but Pacific , or the South Seas .
Seite 554
The first chamber , called the Chamber NAPOLEOV , by the Grace of God and the of Peers , is hereditary . Constitntions , Emperor of the French ; members , which is irrevocable to them and 4. The Emperor is to nominate the to all who are ... 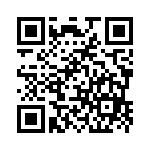