Imke de Pater is a Professor in the Astronomy Department and the Department of Earth and Planetary Science at the University of California, Berkeley, and is affiliated with the Delft Institute of Earth Observation and Space Systems at Delft University of Technology, The Netherlands. She began her career observing and modeling Jupiter's synchrotron radiation, followed by detailed investigations of the planet's thermal radio emission. In 1994 she led a worldwide campaign to observe the impact of comet D/Shoemaker-Levy 9 with Jupiter. Currently, she is exploiting adaptive optics techniques in the infrared range to obtain high angular resolution data of bodies in our Solar System. 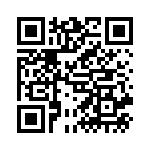