Mark Strand was born in Prince Edward Island, Canada, and was the author of many books of poems, three volumes of translations, and one book of short stories. He received numerous honors and awards over his lifetime, including a MacArthur Fellowship, the Pulitzer Prize (for Blizzard of One), the Bollingen Prize, and the Gold Medal for Poetry from the American Academy of Arts and Letters. In 1990, he was appointed poet laureate of the United States. He died in November 2014, after being nominated for a National Book Award for Collected Poems. 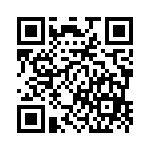