Leadership in the modern presidency

Despite the limitations of examining the presidency from a single characteristic, leadership remains the most popular model for evaluating presidential performance. In this book, edited by a Princeton ... Ler resenha completa

Fred Irwin Greenstein was born on September 1, 1930 in the Bronx, New York. He received a bachelor's degree from Antioch College in 1953. He spent two years in the Army, before receiving a doctorate in political science from Yale University in 1960. He taught at Yale and Wesleyan University before moving to Princeton University in 1973. He was chairman of the politics department from 1986 to 1990 and retired in 2001. He devised a checklist of six qualities used to evaluate the leadership styles of American presidents: public communication, organizational capacity, political skill, vision, cognitive style, and emotional intelligence. He wrote or co-wrote nine books including The Hidden-Hand Presidency: Eisenhower as Leader and The Presidential Difference: Leadership Style from FDR to Clinton. He died from complications of Parkinson's disease on December 3, 2018 at the age of 88. 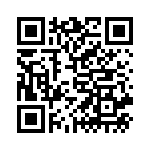