Carla Waal is Professor Emeritus of Theatre at the University of Missouri-Columbia and the author of Harriet Bosse: Strindberg's Muse and Interpreter. 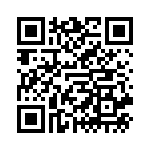