Understanding Emerson: "the American scholar" and his struggle for self-reliance

In 1837, Emerson was invited to give the Phi Beta Kappa address to his alma mater, Harvard University. Sacks (history, Brown Univ.) sees the oration as a turning point in both Emerson's life and ... Ler resenha completa

Kenneth S. Sacks is Professor of History at Brown University. His books include Diodorus Siculus and the First Century (Princeton) and Polybius on the Writing of History. 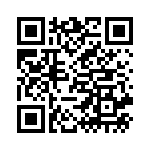