Stanley Fish is Davidson-Kahn Distinguished University Professor of Humanities and Law at Florida International University. His many books include There's No Such Thing as Free Speech: And It's a Good Thing, Too. 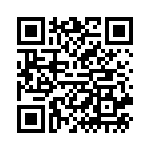